The Pwny X Press is a Western Trilogy of minigames.

In XPress you play as Pwny. Hold [X] SPEED UP Pwny and to ZOOM OUT with your Eagle Scout. Release [X] to Jump over the Barrels. Go fast enough and travel to the FUTR to destroy the BASE Balls and free Equestrians once and for all.

In Pwny Jr. play as Doggo and jump over Bondo the Barrel Clown, as he heckles you with old movie quotes he has learned watching T.V.  - This is a simple one-button auto no fail-state screen, so your kids can play too!

In Dukes UP! Stand up and Die with your boots on. Play with a friend waiting for the "DRAW" Command. Press the Left or Right Arrow keys [OR USE the LEFT and RIGHT TRIGGERS on a single controller!]

Created with PyxelEdit and Construct 2.

THANKS FOR PLAYING, Y'ALL.

This game's concept came from combining the different themes from the JAM. A Western theme, with an Always Faster element, with a Future zone (history repeats... Kinda). I ended up not utilizing Gravity other than jumping, so that isn't featured. Overall this has been a positive run. 14/10 would do it again.

The OSX and Linux files are not tested. Let me know if they don't work in the comments!

Downloads require NJ.ws Thanks for enjoying!

It's awesome. I like the western more then the scifi part. Good pixel art and animation. The zooming in and out is a simple but good find for extra tension. Great, bye.

THX for the kindness!

My favorite use of the palettes so far in this jam.

Thank you for digging it!

Awesome game! The horse animation is really good but I LOVE the guys in Dukes Up! Great Job.

Thanks for liking it! The duke bros. were a fun little fella to make.

This a beautiful beautiful thing. Really enjoyed how much you put into this. Lots of care evident here.

Thank you for the appreciation; I am stoked you found something in this little game!

I just love it! nicee art! 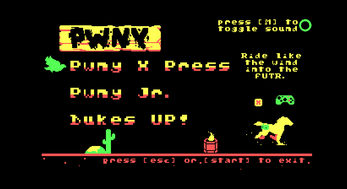 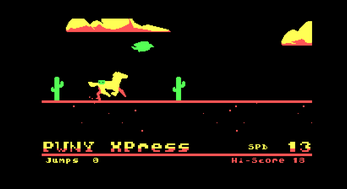 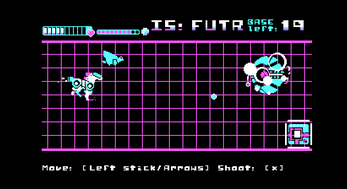 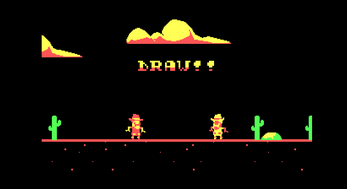 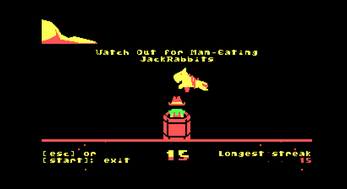